We have 500,000 users! Interactive lifetime charts

The number of installs is rapidly increasing since Dark Reader 4 was released.

In April we launched a crowdfunding campaign. Today our monthly budget is about $200, 1/5th of a planned minimal budget.

The largest donations of $100 were made by Dawn Schrader and anonymous.

Total number of backers is 253. Also we have 120 GitHub contributors. Thank you for your help, you are doing a great thing. 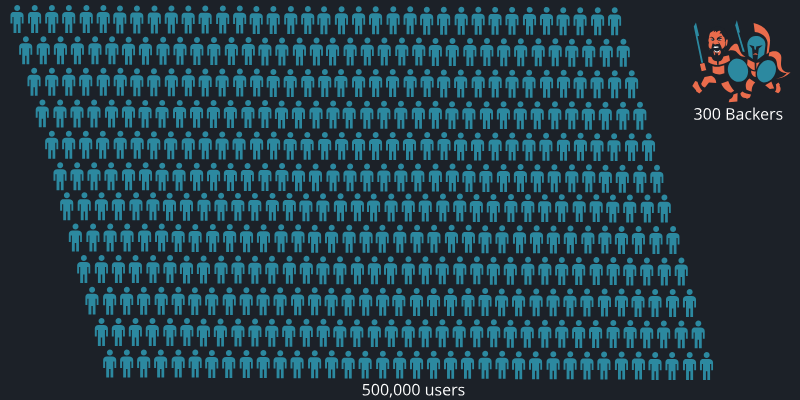 PayPal support was added recently, you can contribute to the project too.

Today the number of reported bugs is enormous. Sorry that currently we are not able to reply to everyone. Anyway we are going to continue the development and release the most requested feature soon: the Time Settings.

Many Dark Reader users translated the app into their native language:

Everyone can suggest a translation, as described here.

Dark Reader was rewarded for reporting the ability to inject the script into the New Tab Page. The problem happened after you opened the Incognito or Guest window. Extensions were able to modify the content of the New Tab Page without your acknowledgment. The issue was fixed in latest Chrome 69.